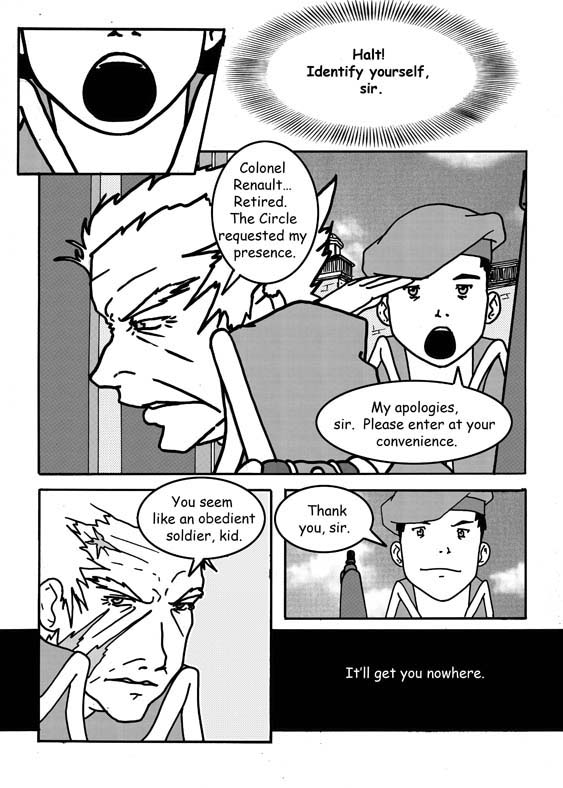 When I designed this character, I just had him listed in my notes as "the Hunter".  Originally he was slightly older and had a single mechanical eye that he had implated so that he wouldn't have to blink while sighting in a target.  Later I decided that bio-mechanical implants would be rarer and the sole prooperty of those magically attuned, so I dropped the eye and added the scars instead to make him a bit battle hardened.

The rifle is an Accuracy International.  I think it's a really beautiful stock design.  I'll never be able to afford one myself, so I have a 10/22 with a stock from Rhineland arms that looks almost the same.